This year’s Dublin Web Summit was bigger than ever, growing more than double last year’s size to a staggering 10,000 attendees. Paddy and team continued their awe-inspiring rush to the top of the pile of tech events. It’s still run like the startups the the event is all about – sometimes rough & ready, “good enough” at most things and doing one thing really, really well – bringing together anyone who’s anyone in the tech world in a flurry of great talks, fantastic networking and all kinds of amazing. 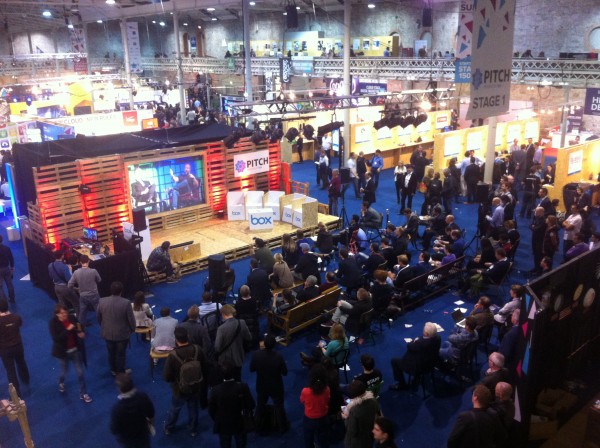 There were so many amazing talks at the summit, that we’ve had to break this post in two so you can get some work done this week. Below is the first set of our picks from the talks that were on at the event. Enjoy!

Dwight Merriman. Google created the killer application that enabled the Internet’s business model. Dwight Merriman invented that model. He was the founder of DoubleClick, the first ad-serving platform and the one acquired by Google to bring them to pinnacle of the business world after they had conquered the technical. Fascinating chat about the creation of DoubleClick, how it was 1 out of 100 ideas and the flash of inspiration that led to advertising. Oh and he also came up with MongoDB, one of the NoSQL behemoths helping to define the age of big data.

Mark Suster. His blog, Both Sides of the Table, is required reading for anyone who has notions of working at a startup, in venture capital or financing startups. Mark’s insights are at all times dripping in his personal experiences on, you guessed it, both sides of the table, first as an entrepreneur and lately as an investor. In this talk, he tells it how it really is to run a startup and also describes the first company he started which began in Ireland!

Phil Libin. It may not come as a surprise that Phil Libin’s company seeks to be a “100 year company”, given it’s name EVERnote. In this fireside chat he describes his model for calculating the value of Evernote’s users in different contexts that could be used by any startup trying to work out where to focus their attention. His reason for being delighted that most people he meets don’t use Evernote is a gem!

Matt Mullenweg & Patrick Collison. Oh yeh Matt Mullenweg, you created Automattic, the company behind blogging powerhouse WordPress when you were 19? That’s nice, but I’m Patrick Collison, and I’d sold Auctomatic, the company I started with my bro while I was still a teenager. This is a great chat between two of the guys in tech who put paid to the saying that nice guys finish last.

Tim Armstrong. Haven’t heard about AOL for a while? Yeh, sure they’re barely on the Web any more. Well if you’ve been on TechCrunch, EnGadget, the Huffington Post or any number of publishing staples, you’ve been on an AOL property. CEO Tim Armstrong goes into the past, present and future of the brand-daddy of the Web.